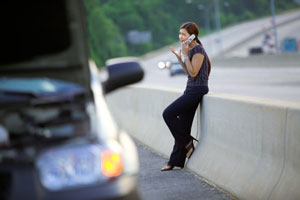 In dealing with Boston car crash cases, occasionally you will read a report that says the patient could not have been injured because the car didn’t have any damage. I find that a fascinating statement. I never learned in chiropractic college that you could examine a car to determine injuries to the occupants of that car. In watching sports, I have seen football players get concussions without any damage to their helmet. I have seen egg cartons look fine with a broken egg inside. Why would a car crash be any different?

Many times, investigators use creative math to determine that the crash happened at less than 5 mph, so the force could not have caused the injury. That is only a very small piece of the evidence in a car crash. In an article published in the September 2006 Personal Injury Law Journal, a forensic collision investigator, Brian Henderson wrote a very nice piece to address this important issue. Mr. Henderson, the managing director of GBB Ltd Forensic Collision Investigation and Research examines the amount of change in speed needed to cause injury. Mr. Henderson states that “Historically, the argument about injury or likelihood of injury had been the domain of medical experts, albeit without any true scientific evidence on which to base an opinion.

A struck vehicle will accelerate forward, with or without vehicle damage. This will cause accelerations of the occupant’s chest and head.

Mr. Henderson and his colleagues have produced crashes resulting in a change in velocity of 5.97 mph of the struck vehicle. This caused:

One important note is that not all occupants will react in the same manner to the same change in velocity. This bring us to discuss the other factors that deal with the victim and the details of the crash. Those will include:

Documenting the injuries that occur can only be performed by someone who is trained to look for them. Ligament laxity testing, neurosensory testing and digital range of motion testing are some of the diagnostic testing that can detect these injuries, creating demonstrative evidence. Make sure if you get into a car accident, that you come in to the office an get checked out ASAP. The research says that 20% of the people injured in car accidents do not feel the pain for days, weeks and even years later.

If you liked this article, please give us a five star review at  Google.

According to the literature…

Crash Course on Low Impact Car Crashes
In this Webinar, Dr. Quigley will teach you what you need to know to about documenting vehicle damage and…

Read More
Recent Posts
Categories
Back to the top